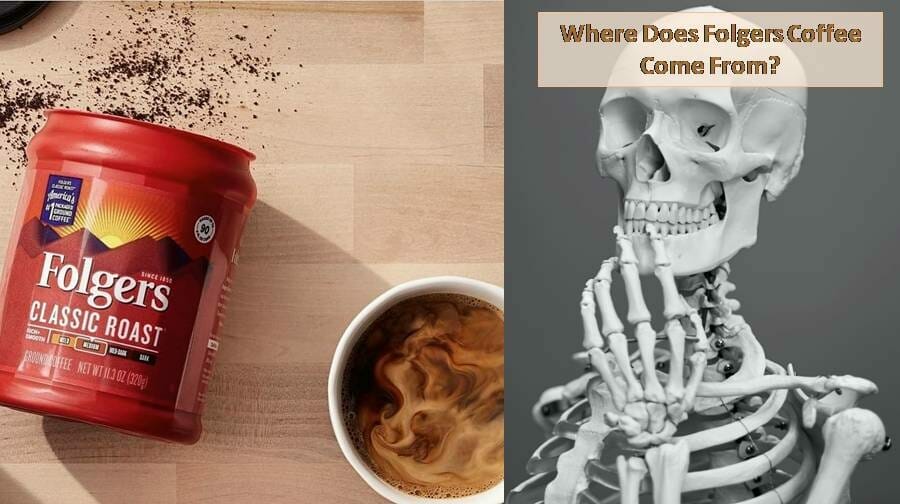 Folgers is one of the largest pre-ground coffee companies in the world. The company is not directly involved in bean cultivation. But, they supply the highest amount of ground coffee in the USA.

Where Do Folgers Get Their Coffee?

The company also sources coffee beans from some particular areas of Ethiopia and Mexico. But, why do they follow this policy?

According to Folgers, they have a vision of improving farmers’ lives. They collect beans directly from farmers who have been growing coffee for generations.

They believe this sourcing policy ensures a great revelation of human rights.

At present, Folgers is a subsidiary company of Procter & Gamble, also known as P&G. Folgers was established in 1850 in San Francisco, California. J. A. Folger, an American businessman, founded Folgers.

The company started its journey as J.A. Folger & Co. It has gone through many ups and downs in its passage.

In 1963, P&G obtained Folgers. They also replaced the apostrophe from the old name of this company. After the renaming, the brand is promoted as Folgers instead of Folger’s. Their current headquarters building is in 101 Howard St., San Francisco, California, USA.

Folgers never mentioned if their beans are grown in the mountains. Besides, they source beans from multiple places rather than a single spot. This might be a business policy of the company to hide the specific region.

But, if you notice the bean type, you can get an idea about those locations. Folgers combine both Robusta and Arabica beans to prepare their ground coffee.

Robusta beans require lower altitudes to grow. That’s why this bean sprouts well in the horizontal regions of Africa, Indonesia, and India.

Arabica, on the other hand, requires higher altitudes to grow. For this reason, the bean grows well in the tropical regions of Africa and Latin America.

Folgers sources coffee beans from the best growing spots like these. So some beans of Folgers are still mountain-grown undoubtedly.

Is Folgers Coffee Grown In The USA?

Folgers have been directly sourcing beans from farmers of these countries for years. These Central American countries have perfect weather, high altitudes, volcanic soil, and accurate rainfall to grow excellent Arabica beans.

So, this is a prime place for Folgers to collect high-quality coffee beans.

What Types Of Coffee Do Folgers Have?

Folgers is one of the giant brands in the coffee ground industry. Its pre-ground coffee has a lot of variety. We have listed all Folgers coffees available in both stores and online.

What Kind Of Coffee Beans Does Folgers Use?

Folgers use both Robusta and Arabica beans to prepare their ground. They have many roast varieties such as mild, medium, med-dark and dark.

Folgers classic roast is a blend of medium-roasted Robusta and Arabica. This is a very popular ground that delivers a combined flavor of both beans.

The brand also has some single bean ground along with a blend. For example, Folgers Noir®’s ground is prepared from 100% Arabica beans.

Folgers has a few grounds made of unique beans. Folgers Colombian is one of them, produced from 100% Colombian medium roasted bean. This particular bean is a high-quality variant of Arabica.

This species grows well in the tropical areas of Colombia. The country has an ideal climate to grow this bean perfectly. Folgers collect them to prepare both blended ground and single bean ground.

Folgers Colombian is 100% Arabica. This bean is popular for its balanced taste and flavor. It is a premium-grade bean that is lighter and sweeter than the Robusta. Moreover, it delivers a unique chocolaty flavor.

These Folgers coffees are sold in canisters, K-cup pods, and single-serve packets.

The company has years of experience in coffee bean roasting. So, people who grind beans before brewing will enjoy the fresh flavor of Folgers whole beans.

Where Is Folgers Coffee Roasted?

According to Folgers, they roast coffee beans in New Orleans, Louisiana. Except for this, no other places are mentioned on their website.

Folgers sells 100% genuine coffee. They collect Arabica and Robusta beans from many countries and roast them to prepare the final product. Though some ground of Folgers is artificially flavored, the beans are real. So, there is nothing doubtful in their product quality.

We knew a lot about Folgers coffee, particularly their bean collection process. It is admirable how hard they work to collect and roast beans for consumers like us.

Folgers also believe in equality. That’s why they collect beans from around the world rather than a specified location. Thus, they have been leaving a positive footprint in the coffee industry for years. I hope now you know where Folgers coffee comes from.